Oh I loved this wonderful absorbing love story about a mute cleaning woman and a creature – a river god, no less! – whom she rescues from captivity, torture and death. 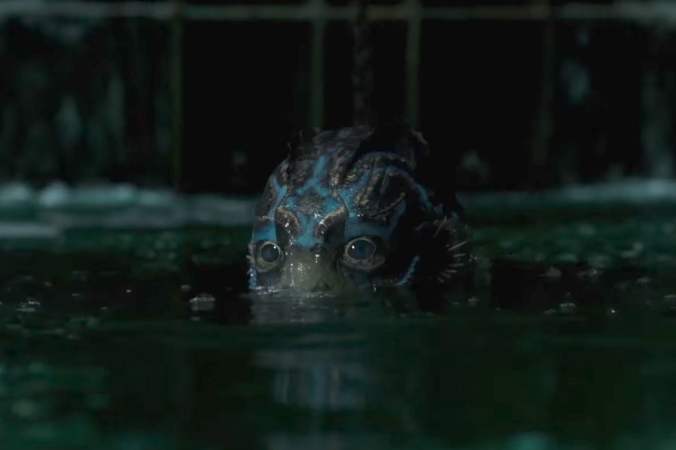 Set in Baltimore in the early 1960s, the story gives us mute Elisa Esposito (marvellously expressive Sally Hawkins), cleaning on the night shift at a top secret scientific institute, and her two friends, co-worker Zelda (Octavia Spencer, who was so good as Dorothy Vaughan in Hidden Figures, see earlier review), and elderly gay neighbour Giles (Richard Jenkins), an out-of-work illustrator with whom she watches old musicals on TV, and pits the three of them against the might of the Cold War military industrial complex. A huge aquatic humanish creature, a sort of fish-man, has been captured from a South American river, where he was worshipped by local people. This marvellous creature reminded me visually of the spirit of the river in Hayao Miyazaki’s Spirited Away. He is held shackled in a tank of water in the basement of the institute, where top dog Strickland (Michael Shannon, a wonderfully convincing bully) gets a kick out of torturing him with an electric cattle-prod, and can’t wait to cut him up – alive – in the name of scientific enquiry. Throw in a Russian spy (sympathetically played by Michael Stuhlbarg) who helps Elisa and her friends smuggle the wondrous creature out in a laundry basket …

The film is partly I think a satire on the bullying brutal bragadoccio of 1950s/60s American imperialism (the brief scenes of of Strickland’s American-pie home life are a scream), partly a celebration of otherness and the power of dissent, and a celebration also of the glamour of film, of the enchantment of fantasy, and, not least, of friendship and of love. Sally Hawkins’s portrayal of the vulnerable, brave, lonely, generous and passionate Elisa is outstanding.

HoneyBee says: A beautiful film about otherness. The relationship between Elisa and Zelda is wonderful. The scene where Elisa signs to the evil Strickland and he can’t understand her is a brilliant depiction of female bravery. And the boiled eggs are fantastic!

The Shape of Water struck me as much more real than the overrated 3 Billboards, in terms of character (even the minor characters are endowed with respectful detail), of emotion, and of general truthfulness. 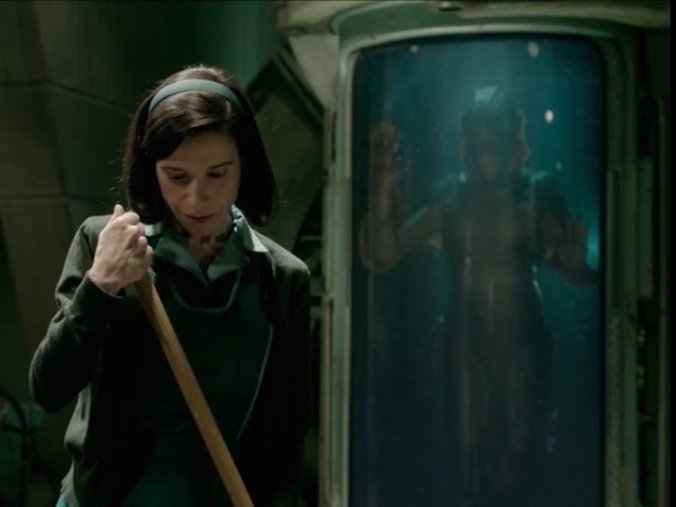